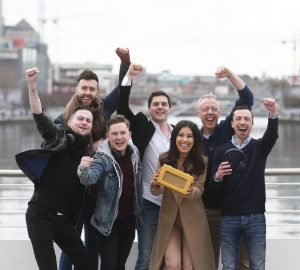 Chairperson of the Choose Radio group, which represents all of the radio stations sales houses, Gabrielle Cummins said, “Irish people have a unique relationship with radio and radio plays a vital role in every community around Ireland. Today’s figures show that radio is consistently winning and retaining a majority share of the Irish audience each and every day.”

According to Cummins, the level of engagement and depth of loyalty that listeners have with their radio stations in not replicated in any other medium.  46% of radio listeners are solus listeners, which show huge levels of loyalty to their favourite station. With radio, time and again you will hear people talking about their favourite radio station and this is an opportunity for advertisers to capitalize on and utilize effectively.

“Advertisers also need to rethink their approach to media buying”, said Cummins.  “The most common approach among media buyers is to focus on digital and online advertising.  I would challenge that thinking based on today’s JNLR results which proves the strength and reach of radio.  Radio is without doubt the most effective way to reach consumers.”

Choose Radio encompasses all of Ireland’s radio sales houses and radio’s training network Learning Waves who are working as a collective to raise the profile of radio.

JNLR February 2017 – the factsWe all still love to listen to radio. In terms of consumption of audio content, radio makes up 88% of all audio listening. 85% of all 35+ in Ireland tune in everyday. 76% of 15-34’s tune into the radio on a daily basis and radio accounts for 73.1% of their time spent listening to audio