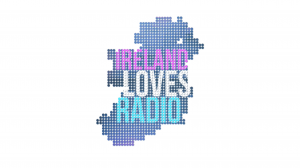 The Choose Radio Group is urging advertisers to seriously consider the listening habits of their target audience as they contemplate their media spends throughout 2018. The latest JNLR listenership figures released today show that Irish radio stations have a combined strength of 87.7% share of the audio market in Ireland.  This compares with 8% own music, 3.2% Spotify and 1.1% Podcast.

Advertising agencies, media planners and clients are always looking for the most effective way to speak to the public. “The JNLR results need to form a more integral part of their considerations, as they provide a clear indication of what the audience is actually listening to each day” said Gabrielle Cummins, Chair of the Choose Radio Group. For more info check this Networking Breaks and Complimentary Lunch to be sponsored by ViGE2017 | Casino Nation

The latest impressive JNLR results released today follow recent research commissioned by the Choose Radio Group & the JNLR management committee on the listening habits of media buyers.  This research shared at the annual Radiodays Ireland conference revealed that media buyers, listen to radio, on average for over 2 hours per day. *

“Our research shows that media buyers ARE listening to radio themselves, but radio doesn’t receive its due prominence when it comes to planning campaigns” said Ms Cummins.  The Choose Radio Group is once again highlighting that advertisers cannot afford to ignore the radio choice of 3.1 million Irish people who tune into Irish radio stations every single day.  The group reiterates the fact that such consistent, high levels of listenership prove that Ireland’s radio stations are providing a service to the public that is widely used, has a loyal audience and has become an integral part of our lives not only on a national basis but in every region and every county in the country.

With a sample size of 16,000 people, the JNLR is the most robust research conducted in Ireland and the results cannot be disputed with the latest JNLR figures released today confirming the popularity of radio in Ireland with 82% of the population tuning in every day. This translates into weekday figures of 3.1 million listeners.