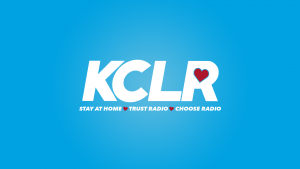 A new survey released by Carlow Kilkenny Local Radio (KCLR 96FM) has found that while locals aren’t going on their usual holidays this year, they are knuckling down, staying upbeat and looking forward to shopping local later this year.

A total of 508 respondents took part in the online survey, which is called Living in Carlow and Kilkenny During Covid-19.

It was carried out online by KCLR from May 11 to 17 and offers a snapshot into overall wellness and attitudes, consumer spending and business activity. General Manager of KCLR Pat Gardiner says it was a vital exercise to tune in to how listeners were feeling as a result of the pandemic in their lives.

“We decided to take the temperature on the issue. “The findings are an important body of information…a localised snapshot of how people are thinking and feeling right now.”

A total of 224 people said that business restrictions had impacted them and their job, while 179 say it hadn’t. Other respondents noted that they were retired, unemployed or otherwise.

Meanwhile, the salaries of 28 per cent of people had been affected, with 38 per cent of those experiencing a reduction in salary of 40 per cent or more.

A whopping 67 per cent of people admitted that the pandemic had resulted in an increase in their groceries/shopping spend.

When asked to describe their personal experience of the lockdown, 46 per cent said it was bearable, with 19 per cent citing it difficult and six per cent saying very difficult. Others said it was a positive experience (17%) and some even said “refreshing” (12%).

“What stood out to me was the resilience of our listeners, who have told us they accept social distancing and lockdown restrictions,” says Mr Gardiner. “There are some who are finding this very difficult but, by and large, people have found it endurable and have had a change in attitude as a result.”

More than 50 per cent of respondents believed that health and fitness was more important now.

When asked about life after Covid restrictions were lifted, more than half wanted to go back to how things were in terms of cinema visits and nights out.

However, 35 per cent of people admitted they were less likely to visit pubs/nightclubs and just seven per cent would increase their visits. Just 17 per cent admitted to wanting to eat out more and 21 per cent do so less.

With the beauty industry at a standstill, it was interesting to see that 74 per cent of respondents were keen to resume normal attendance at health and beauty spas and salons, while 17 per cent wanted to attend more, and nine per cent to attend less.

When asked about online shopping after Covid restrictions lift, 37 per cent wanted to do less and 10 per cent do more.

Post Covid restrictions
On a bright note, 66 per cent of people wanted to shop local once restrictions were lifted.

For those already in their dream homes, 68 per cent were considering investing in their home, garden or both.

Car sales would steer in the direction of used car purchases later this year (13%), with just three per cent wanting a buy a new car.

Meanwhile, a savvy 74 per cent of respondents would be shopping around for insurance quotes.

The humble staycation would be popular again in 2020 with 33 per cent staying home-side for their break, 12 per cent aching to travel abroad and sadly, 56 per cent not having any holiday at all.

Next year’s travel figures looked more hopeful, however, with 24 per cent wanting to holiday in Ireland and 54 per cent jetting off overseas.

“There is now a stronger focus for supporting local families, voluntary organisations, employees and businesses,” says Mr Gardiner.
“As a local radio station, it’s important for us to remain plugged in to the needs our listeners so we can continue to give them programming that they want. It also serves our advertisers, a way of helping them to help our listeners. What has also emerged is a desire for the people of Carlow and Kilkenny to work through this as one. The survey forms part of Kilkenny and Carlow’s local roadmap for recovery”, said Gardiner

KCLR plans to roll out a follow-up survey in the coming months, to assess if peoples’ thoughts and feelings are changing during the course of the pandemic.