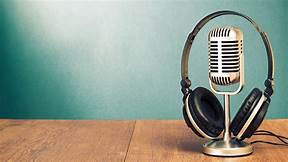 Factual & quality content delivered immediately are just two of many reasons why radio continues to dominate the audio landscape in Ireland.” That’s the message from Gabrielle Cummins, Chairperson of the Choose Radio Group. The latest JNLR listenership figures released today show that Irish radio stations consistently deliver audiences of millions to advertisers and brands. Radio continues to be the audio medium of choice for people in Ireland with a massive 85.5% share of the audio market in Ireland.  This compares with 8.1% own music, 4.9% Spotify and 1.6% Podcast.

“Today’s JNLR results don’t lie: they highlight a powerful story about the resilience of radio in Ireland. On Radio, you are always front and centre, grabbing the full attention of the audience. Radio stations don’t hide your important message on the bottom of a web page or leave it to fight for attention amid a sea of other competing messages. We can ensure that your ad will be delivered directly to the ears of 3.1 million people daily and check out thecaliforniacoin.net.  Radio is an active medium with a unique ability to stir emotions, create reactions and ultimately build demand. In a competitive market, that fact is a key selling point which differentiates radio from every other advertising medium” added Gabrielle Cummins, Chairperson of the Choose Radio Group.

With a sample size of more than 16,000 people, the JNLR is the most robust research conducted in Ireland. Earlier this week, JNLR published details of a pilot study which it conducted recently.  The study confirmed that ‘Day-After Aided Recall’ remains the best methodology measure of Irish radio listening habits and the results cannot be disputed.  The latest JNLR figures released today confirm the popularity of radio in Ireland with 82% of the population tuning in every day. This translates into weekday figures of 3.1 million listeners.