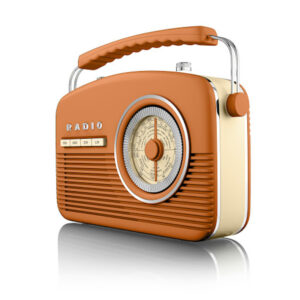 Radio remains a vital source of news for Irish consumers – this was one of the main findings from the Reuters Institute Digital News Report, released today (15.06.22). The report, which is funded by the Broadcasting Authority of Ireland, highlights a high level of interest in news in Ireland with 83% of people accessing some form of news at least once a day.

“Despite the growth and proliferation of social media, today’s report on the consumption of news shows that radio is outperforming many other media for a large number of Irish people. Local radio is top of the pile for news with 67% of people declaring local news as the area of news they are most interested in, and this is consistent for each age group. Irish radio remains a vital source of news with 46% of people turning on their radio first thing in the morning and it’s very encouraging to see an increase in the number of people that use radio as a main source of news” said Lisa Ní Choisdealbha, Executive Director of the Independent Broadcasters of Ireland (IBI).

“The decline in the levels of interest in news over the past 2 years is to be expected with the impact of the “Covid Slump” and 41% of people stating that they “often or sometimes” choose to avoid news is not a surprise. That said, Irish audiences have always had a strong interest and connection with their locality and Covid lockdowns have only strengthened this as we see with the extremely high levels of interest in local news.

In addition, Irish audiences continue to worry about fake news and misinformation. Radio bucks this trend as Irish people know that news on radio is balanced, fair, impartial and verified, all of which contribute to the high levels of trust in radio news. Radio doesn’t use algorithms or doesn’t curate its news, we report the truth and audiences are responding to that by tuning into our radio stations as a result. This is a strong endorsement of the valuable public service broadcasting contribution of local, regional and national radio stations to communities throughout Ireland” said Ms Ni Choisdealbha