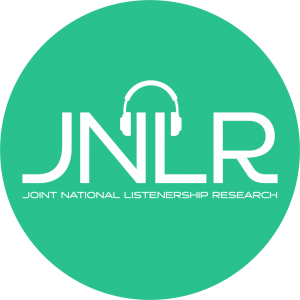 The latest JNLR figures published today confirm Irish radio’s stronghold on the hearts & ears of Irish audiences with more than 3 million people tuning into Irish radio on a daily basis.

Gabrielle Cummins, Chairperson of the Choose Radio group which represents all of Ireland’s radio stations to help promote radio said “there is nothing to compare to radio to reflect the mood of the nation. Whether it’s the whole island celebrating Ireland’s last gasp win against France in the Six Nations or the country pausing as one at 12 noon on January 23rd to listen to radio’s tribute to Dolores O’Riordan –  radio unites its listeners in a way no other medium can”.

Listeners have no end of choice for how they tune in to radio and last week saw another option added to the pile with Amazon’s Echo range of smart speakers.  Despite the plethora of options available, Irish radio audiences are still extremely loyal to their favourite radio station with 3 million people listening to radio for an average of 247 minutes a day. “The strength of radio listenership in Ireland will not go unnoticed by developers of new technologies but rather it will reinforce the power of radio and how it deserves pride of place on any new action ac technology. It is the connection between our range of radio stations and their listeners that keep people choosing radio.  People in Ireland want to remain part of a wider radio community which consistently reaches 83% of adults who listen daily” highlighted Gabrielle Cummins.

Choose Radio Group is emphasizing to advertisers that they need to further increase their use of radio advertising to really benefit from the connection between radio stations and their audiences.

Choose Radio comprises all of the radio sales houses – independent & RTÉ who are working together to raise the profile of radio advertising.