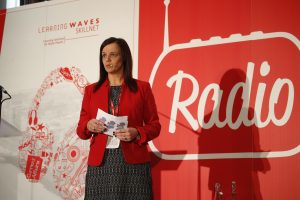 “Local and regional radio must be kept broadcasting at this time”

“Thank you for your service, it is where people of all ages can expect to hear facts only and current relevant information is an extremely important factor in the war on Covid-19.”

These statements are just a sample of responses I’ve received this weekend from some of the 19 TDs across Beat’s South East franchise area of Waterford, Wexford, Carlow, Kilkenny and South Tipperary. Beat is among 34 independent radio stations, all members of the Independent Broadcasters of Ireland that have been pleading with their Constituent representatives to support them as they demand urgent funding from the Government. On Friday last Communications Minister Richard Bruton released this statement:

I have also asked the BAI to conduct an urgent assessment of the financial situation of local radio as a result of the Covid- 19 Pandemic. Local radio stations are also entitled to the range of forbearance measures announced by Revenue and the banks.”

That statement is almost laughable if it wasn’t so serious. Prior to the 2015 general election, then Taoiseach Enda Kenny stated live on independent radio that the government levy imposed on radio stations would be 100% abolished. The Independent Broadcasters of Ireland had been lobbying for this outcome for years so there was quiet optimism within the organization upon hearing that confident commitment, live on our own network; straight from the horse’s mouth. Unfortunately, it was yet another example of yet another Irish government giving false promises and it hasn’t stopped there. During the term of the most recent Fine Gael government, the party clawed back on its earlier promise and instead committed to a “50% levy reduction” but again this was not delivered. There were constant delays as the bill crawled through the various loopholes of legislation and that’s where it has been languishing ever since the most recent election was called.

I know it may seem on the outset that Minister Bruton is throwing us a lifebuoy with this claim of “saving the industry €1M” by waiving the BAI levy for six months. The reality is that it’s too little too late. Hundreds of jobs in the industry have already been placed in great uncertainty and in some counties, layoffs have become a reality. Too many small, independent stations around the country operate within extremely tight margins so when the radio advertising’s market has been decimated by over 50%, these station owners will be left with little choice but to implement cutbacks.

A reduction in these cutbacks can be avoided. According to the Broadcasting Authority of Ireland, the Sound and Vision scheme “is a funding scheme for television and radio programmes, financed from the Broadcast Fund which comprises 7% of the annual net receipts from television licence fee”.

Some of the themes of the scheme are to:

1.     Raise public awareness and understanding of global issues impacting on the State.

Taking these three points and placing them within the context of the current crisis, consider this:

1.     Nothing is more important than raising public awareness around social distancing and ever-changing developments of the Pandemic. The pace at which the virus is escalating is frightening. In the past, whenever a government needed to communicate a message quickly and efficiently, at grassroots level, they have always turned to radio to communicate that important, local level message. People not just in Ireland but right across Europe, trust radio more than any other medium; fact. Communicating a life-saving message to as many people as possible, is important now more than ever. Independent radio and its multiplatforms can contribute enormously in this regard.

2.     How can we “develop” if we’re struggling just to keep our heads above water? In these crisis times, we are calling on the government to “sustain” rather than “develop” independent broadcasting.

3.     Current Affairs programmes in every radio station champion the concept that we are all in this together, trying to battle through this pandemic experience, as a community. We can help create the importance of working together as we try beat this war on the virus, but we can’t do this without proper government support of our news and current affairs output.

The minister claims (i) radio stations will be taking resources away from others and (ii) it will require legislation. These points are both factually incorrect.

Firstly, we’re not asking for ALL the funds of the Sound and Vision fund to go to radio. We’re asking for a portion of the funds that historically have been used to fund “additional” radio programmes. We look forward to the day when we can return to producing “additional” programming but right now, we just want to keep as many of our valued team members in jobs for as long as possible; doing what they do best, delivering essential news and relevant current affairs in every county in Ireland.

Secondly, the minister claims legislation is required around allocating state aid funding to the Independent radio sector. Exemptions to allow access to these funds without battling through numerous legal loopholes have been already applied right across Europe as a result of this worldwide crisis. Precedent has been set to enable the Minister to act quickly.

In a time of crisis, Public Service broadcasting is vital.  People need to know what’s going on; there is a sense of calm when they are communicated to, authoritatively and consistently. This has been evident nationally via the noteworthy service that RTE has been providing across all its platforms since the pandemic broke. But the State Broadcaster is not the only authority providing this essential service to the public.  Collectively, Independent radio stations and the State broadcaster have over 3.1 million people listening to them every single day along with over ten million social connections. That is one powerful network of multi platforms for the government to mobilize, to share their crucial public health updates to the citizens of Ireland.

Chairperson of IBI, John Purcell has emphasized the crisis facing our sector with this statement:

“As the country is in the calm before the storm and independent radio is on the brink, both the Minister and the Government have a clear choice to make: do they act imaginatively in a way that equips us to be able to serve our audiences at a time of unique national crisis or do they rely on the implementation of an inadequate measure first promised 5 years ago and which the sector is clearly telling them is not enough. The choice is up to the Minister. He has been warned. Time is running out …”

Everyone expects radio stations to always be there but as the legendary Joni Mitchell aptly puts it “don’t it always seem to go, that you don’t know what you’ve got til it’s gone”. We, the Independent Broadcasters of Ireland are begging Minister Bruton not to allow that to happen to our much-loved indigenous radio industry in Ireland.

(Gabrielle Cummins is CEO & former Head of News at Ireland’s first regional youth radio station, Beat 102-103. She is a Director of the Independent Broadcasters of Ireland & Chairperson of “Choose Radio” the group that raises awareness around the powerful effectiveness of radio advertising.)