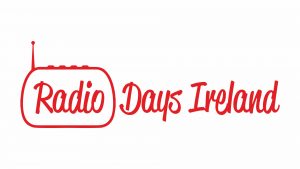 88% of media buyers in Ireland listen to radio every day according to new research by the JNLR Committee and Choose Radio, a group which represents all of Ireland’s radio stations and helps to promote the medium of radio. This figure is even higher than the reach across the population as a whole, which is calculated at 83% by the JNLR.

The *research, conducted by Ipsos MRBI (Ireland), was unveiled at the RadioDays Ireland conference taking place in Dublin today and tomorrow. The event is bringing together over 20 high-profile domestic and international experts to discuss the radio sector, its current position in the media landscape, the challenges for radio in 2018 and, the opportunities for radio in a digital world.

The survey results highlighted that media buyers, whose role is to negotiate, purchase and monitor advertising space and airtime for their clients, listen to nearly two and a half hours (143 minutes) of Irish radio on average each day.

The survey also notes that media buyers may be more forward thinking in their outlook as, compared with other listeners, they spend more time listening on a PC/laptop (12%) or mobile device (15%). High levels of on-demand media consumption were also reported amongst this group, through their use of channels such as Netflix (video) and Spotify (audio) compared to the population as a whole.

RadioDays Ireland 2018, launched by Denis Naughten T.D., Minister for Communications, Climate Action and Environment, will feature a range of topics including ‘Securing the Future of News in a Digital World’, ‘Online Protection From Fraud’, ‘Digital Insights’, ‘Why Irish People Continue to Choose Radio’, ‘Podcasting – Opportunities for Radio’ and ’Secrets to breakfast Radio Success

John Purcell, Chairman of the Independent Broadcasters of Ireland, says:

“Radio is vastly important to Irish people. The audience figures are compelling, with over three million people tuning into the radio every day to listen to local, regional and national stations. This figure is higher than that of any other media, including social media use in Ireland. IBI radio stations play a vital role in the provision of public service broadcasting to Irish audiences. This is essential if the services which Irish audiences know and love are to survive in the form that people know, appreciate and require.”

“Radio’s enduring popularity among media buyers is because it still plays a central role in their daily routine. And while this group of media trendsetters are exploring new ways of enjoying radio, such as listening on the move or listening back via a podcast or player, they still rely on a daily diet of live radio to help them through the day”.

RadioDays Ireland 2018 is an initiative created by the Independent Broadcasters of Ireland (IBI) and Learning Waves Skillnet.

*Research Methodology: An online poll was conducted in February 2018 with 120 media buyers in a bid to examine awareness of the radio sector amongst the advertising industry.